Giving You The Smile Of Your Dreams! 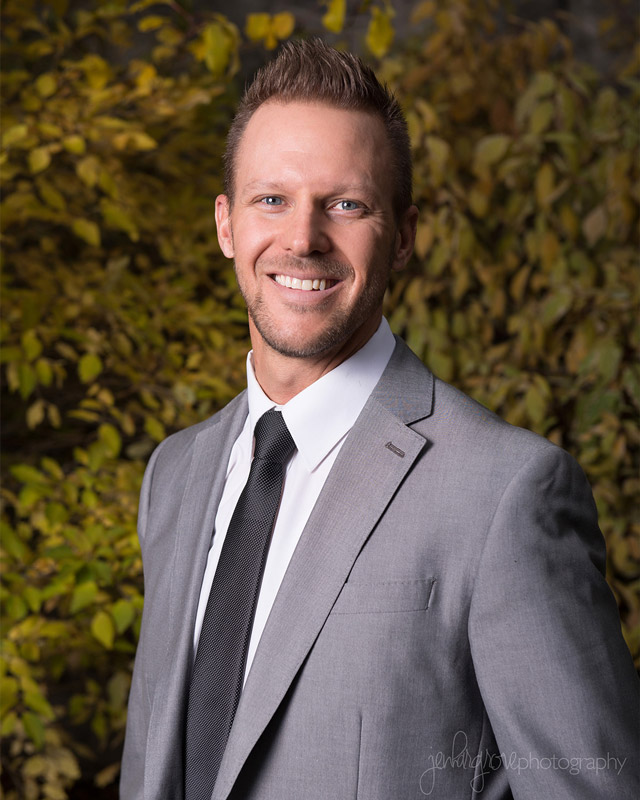 Dr. Bryant P. Birch is a native of Green River Wyoming. He cultivated his passion for dentistry at an early age as he watched his father Dr. D. Wayne Birch, who practiced in Green River from 1974-2011.  He graduated from Green River High School in 1995 as a scholar athlete; and he was involved in wrestling, football and track.

Immediately after graduation he gave two years of voluntary service for his church in Guayaquil Ecuador and became fluent in Spanish while living abroad. When he returned in 1997, he began college at BYU-Idaho, got married, and then transferred to Brigham Young University.  He graduated in 2002 with a degree in Zoology with an emphasis in human biology.   After being accepted to several dental schools, Bryant chose to pursue his dental education at Creighton University School of Dentistry in Omaha, Nebraska. He completed the four-year doctorate degree in May of 2006.  He was trained in all aspects of general and cosmetic dentistry and dental surgery procedures, and earned the Ridder Operative Dentistry award from his professors at Creighton.

Dr. Birch fulfilled his dream of returning to Green River to work his father, Dr. Wayne, in his thriving practice as an associate.  In 2011, Dr. Bryant Birch became the owner of Birch Family Dentistry when his father decided to retire.  It was bittersweet for Dr. Birch to see his father retire, but it was also a great opportunity to expand the scope of the practice by adding advanced digital technology and procedures to his general dental practice.

Dr. Birch has received extensive training in implant placements and final restorations.  In 2013, he added CEREC dentistry, which is the same-day placement of crowns and caps. The office also has a cone beam CT panoramic scanner that enables Dr. Birch to diagnose and treat patients with much greater precision and care.  Dr. Birch is a member of the American Dental Association, and the Wyoming Dental Association.   Dr. Birch strives to serve in his community as much as possible by sponsoring local sports teams and giving away a smile make over in association with a local radio station every year.

Dr. Birch and his wife, Ciera, have been married almost 22 years and have three beautiful children aged 17, 14 and 10.

Slogan- The world always looks brighter from behind a smile

Dr. James Skousen was raised throughout Utah and Idaho Falls, Idaho. He attended both BYU in Idaho and In Utah for his undergraduate studies and then attended the highly acclaimed University of Michigan School of Dentistry in Ann Arbor Michigan for his dental degree. Dr. Skousen enjoys nearly everything adventurous. He loves rockhounding, hiking, camping and taking his jeep out to get lost in the most remote areas possible.

Dr. Skousen loves knowledge and learning and when he is not with his patients he is usually busy with his biotech endeavors. What Dr. Skousen loves the very most is being a family man and father to his four young children. Dr. Skousen has a love for both learning and teaching complex scientific data. His goal is to be the best clinician possible as well as to seek out unique and novel sciences and technologies to improve the overall good of humanity.

When it comes to dentistry, Dr. Skousen believes it is a clinical art. Not only should it be high quality and long lasting but it should also look and feel beautiful and be performed with the least amount of pain possible. Dr. Skousen genuinely cares for your health and wellbeing and will carefully listen to your needs and provide you with the highest level of care.